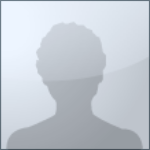 Would you ever buy a bootleg?


27 replies to this topic

I have bought a few silvers in the past and recently bought a dvd-r but that was before I learned that I could get them online so never again.

i've bought a few RATM silver discs, and if I see anymore used/cheap I'll buy them to. I had over 20 original RATM silvers at last check. My favorite one, hands down, is The Killing Zone.

I've spent a fortune on official releases from these bands over the years, and if they wanna release a "live" album/DVD thats been doctored in the studio, I'll pick that up too.(sometimes)

But if I come across a decent vinyl or silver pressed CD/DVD of a show that I wanna hear, and the price is reasonable, then that sucker is going to be a new addition to my collection. Hell, with the advances in home technology regarding CDr/DVDr, I've gotten home made trades that equal or surpass the official releases.

For Christ sake, this whole website is for getting artwork for "unreleased" material.
If Joe Blow in Idaho wants to hear/see a recent show from his favorite group, (who are in all likelihood are never gonna play anywhere near his home, and he probably doesn't have the $200+ for tickets,travel,hotel,etc. for the nearest concert date) then I don't think it's a unpardonable sin if he buys a bootleg. (assuming the seller isn't asking an outrageous high price)

These guys on Ebay who list a "rare" DVD that gets bid up into the stratosphere & some poor suckers bid the item over $100.00+, only for the original seller to turn around & relist it all over again the next day after the auctions end! To me, that is a bootlegger asshole. True, it's a buyers market & all, and no one forced the biddders to go crazy.
(BUT if they would look at his pos feedback, 9 times out of 10 you'll see he's been selling this "ultra rare" DVD over & over for weeks now.)

Now, getting back to our friend in a remote location that would like nothing better than to crank last month's show of his favorite band when they played NYC, Phila, etc. What's wrong with him laying out a few bucks for the experience?
(This is assuming he's not in a position to trade, of course. I'd gladly do B&P for a newbie, but realistically some of these fans aren't as "hardcore" as us, and just wanna send a small Paypal and get the damn thing. They don't wanna figure out how to stick the correct type of disc in their PC to read/write DVD's, make artwork for cases,etc. They just want to have a certain show and pop it into the dvd player when his buddies are over and have braqging rights because he got the "hook up".)

All of this could go a different route if more bands followed Govt. Mule & Pearl Jam's lead & released "no frills" CD's of soundboard recordings. I'm talking about no artwork, plain white covers, (like the "Great White Wonder" that started it all)
just the show, complete, no overdubs. These could be sold on the bands fan sites. Not meant in any way to compete with the
"official" product they have to shuck at Best Buy, WalMart, etc. We all know how cheap blank CD's/DVDs are so it's not like the expense of pressing vinyl. (although I would pay extra for the vinyl version, I believe Neil Young is doing something along those lines...)

As for the person I buy my live DVD's from...
They are 99% perfect. multi-camera angles, menus (sometimes) absolutely amazing sound.
Are they worth the price? Yes, to me they are.
No one is forcing me to buy these, but I feel lucky the opportunity exists.
On a side note... Me & several friends went to a big show last Summer. One o'the guys couldn't
attend because of medical reasons. This was an "Anniversary" show that obviously can't be repeated.
(It Just Might Be a One Shot Deal - obscure FZ reference)
Within 2 weeks I had a complete dvd of the entire concert playing thru his high def system and the guy who couldn't make the concert was estatic.
Just my 2 cents, this America, you don't have to agree.

I used to all the time back in the days of vinyl and before the interweb. Now, I just hunt it down online.

Styx and Stones may break my bones, but "More Than Words" will never hurt me.

As much as I think that buying/selling bootlegs is wrong, I think I would buy Blind Guardian bootlegs. At some reasonable price. But I would never sell a bootleg.

Well, even though I share the idea of not buying/selling bootlegs, I have to admit that I have 4 factory pressed BG and one Destruction bootleg in my collection.
Actually, I didn't know that Tales from the Dark Side was a bootleg in the beginning. When I got it and was a bit disappointed of the sound, I googled it and got into the wonderful world of live recordings

Ive got hundreds of them

No CDRs, these were all silver backs

A total waste of money considering the price, but back then there was no other real way of hearing those recordings

Have brought plenty in the past , but not really now easy to download them

Back to Off-Topic Chat