IMONOLITH To Release 'State Of Being' Album In March

IMONOLITH will release its debut album, "State Of Being", on March 27 via Imonolith Music. A new single/video, "Instinct", can be seen below.Featuring drummer Ryan "RVP" Van Poederooyen (DEVIN TOWNSEND PROJECT) guitarist Brian "Beav" Wadell (DEVIN TOWNSEND PROJECT), Jon Howard (THREAT SIGNAL), guitarist Kai Huppunen (METHODS OF MAYHEM, NOISE THERAPY) and Scott Whalen (ECONOLINE CRUSH), IMONOLITH is a collective of heavy hitting players at the top of their game, and "Instinct" serves as a great taster of what can expected on their debut album."State Of Being" features 10 hook-laden, riff-heavy tracks, including "Hollow", the debut single that made big waves for IMONOLITH straight out of the gate, racking up 216,000 Spotify streams in 2019. There are also two very special guest performances from Jens Kidman (MESHUGGAH) and Johannes Eckerström (AVATAR).Having spent much of 2019 writing, arranging, recording and fine-tuning "State Of Being", IMONOLITH worked incredibly hard to achieve its goal — to make an engaging heavy metal album.Van Poederooyen commented: "We spent a lot of time making this record. We wanted it to be done the way we envisioned it. We didn't cut any corners, from the song writing right up to the album production and artwork. It's a debut album that we're very proud of and excited for the world to hear."The high production video to "Instinct" is not only a great example of the band's quality aesthetic, but it also serves as a look at IMONOLITH's collective personality. Van Poederooyen continues: "I think we raised the bar with the 'Instinct' video. It's a different kind of video that'll catch you off guard in a few ways. It can also be interpreted differently depending on the viewer. We put a lot of thought into it and hired great visionary people to make it a fun watch."IMONOLITH will be touring globally for the next two years and has announced its first ever European headline dates, commencing on March 27 in Sheffield, U.K. Wadell commented: "To be able to take a brand-new band overseas and have the opportunity to headline shows is completely mindblowing!! And we plan on making every show count, this is a dream situation for us.""State Of Being" track listing:01. State Of Being (intro)02. Becoming The Enemy (feat. Johannes Eckerstrom)03. Instinct04. Dig05. The Mourning06. Forgone07. Breathe08. The Reign (feat. Jens Kidman)09. We Never Forget10. Hollow11. PersevereIMONOLITH tour dates:Mar. 27 - Sheffield, UK - CorporationMar. 29 - Manchester, UK - RebellionMar. 30 - Glasgow, UK - BroadcastMar. 31 - Bristol, UK - ExchangeApr. 01 - London, UK - UnderworldApr. 02 - Bree, BE - RagnarokApr. 04 - Copenhagen, DK - High VoltageApr. 05 - Stockholm, SE - Debaser StrandApr. 08 - Mainz, DE - Schon SchonApr. 09 - Turin, IT - Blah-BlahApr. 10 - Como, IT - Centrale Rock PubApr. 11 - Verona, IT - The FactoryApr. 13 - Ljubljana, SL - Orto BarApr. 14 - Zagreb, HR - Hard PlaceApr. 15 - Sofia, BG - Live & LoudApr. 16 - Bucharest, RO - Quantic ClubApr. 17 - Budapest, HU - ROBOTApr. 18 - Geislingen, DE - MieVApr. 21 - Prague, CZ - Rock CafeApr. 25 - Dobeln, DE - KL17 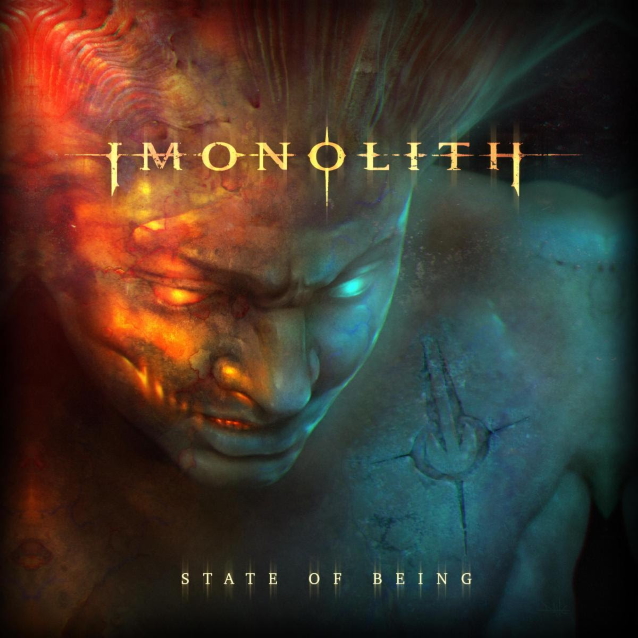